RAMEN IROHA is operated by TENTAKAKU Co., Ltd. The head office of the franchise was established 23 years ago and is located in Imizu City, Toyama Prefecture. RAMEN IROHA has garnered popularity with idiosyncratic ramen dishes such as its signature dish, "Toyama Black", which makes a strong visual impact with its black soy sauce soup that has a light, yet rich taste. The eatery accomplished the top sales five times at Japan's largest ramen event, "Tokyo Ramen Show." As of the end of June 2016, RAMEN IROHA opened a total of seven branches in Japan (all of which are directly-managed), and seven overseas franchise branches: one in Hong Kong, two in Shanghai, three in Wuhan, China and one in Bangkok, Thailand. The Bangkok franchisee plans to open its second branch in August and a third branch in December of this year, while the Shanghai franchisee plans to open its third and fourth branches in the fall of this year. New franchise contracts have been informally concluded with partners in Taizhou, China, Taiwan, and Mongolia, all of who plan to open branches this year. 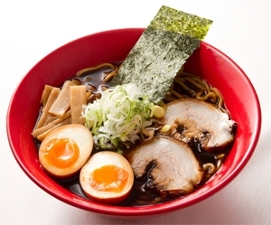 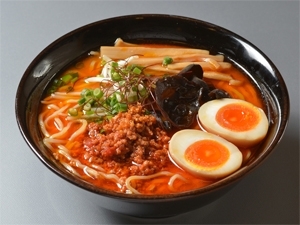 Its Signature dish, Toyama Black: Distinguishing itself through idiosyncratic products

RAMEN IROHA has established affiliates through franchise exhibitions held mainly in New York and Tokyo. At the Tokyo exhibition, "JAPAN INTERNATIONAL FRANCHISE SHOW," its staff met with a major food distributor from Bangkok, a top-class general food manufacturer in Taiwan, and a textiles company in Mongolia. Franchise contracts have been formally or informally concluded with all of them. Kiyoshi Kurihara, the Chairman and President of TENTAKAKU Co., Ltd. remarked, "You can eat the same "Toyama Black" at the FC show food court as is served at our restaurants. Those who decided to affiliate with us all sampled "Toyama Black" and remarked that while tonkotsu (pork bone soup) and miso ramen aren't anything new, the striking "Toyama Black" stands out from the competition, while the light taste would suit most palates of locals." It was reported that one reason RAMEN IROHA was able to establish so many affiliates was this highly idiosyncratic ramen. According to Kurihara-san, another main reason why franchisees and prospective franchisees became affiliated with RAMEN IROHA is the skill in development demonstrated at its head office.

Development of business categories and products, such as "Ramen Izakaya" and "Mutton Ramen", in line with the wishes of franchisees

Its head office has done its utmost to develop new products and business categories in line with the wishes and situations of franchisees, while maintaining the idiosyncrasy and excellent taste of RAMEN IROHA products. For example, due to fierce competition among the numerous ramen eateries in Bangkok, the Bangkok franchisee decided to distinguish itself by marketing itself as a "Ramen Izakaya" with ramen as its signature dish. Approximately 40 Japanese side dishes with a slightly premium feel were developed by the head office and introduced in Bangkok Branch #1. Currently, the ramen izakaya RAMEN IROHA Bangkok Branch #1 is performing well, and there are plans to increase the number of side dishes to 60 for Bangkok Branch #2.

The prospective franchisee in Taiwan is a manufacturer of a wide range of food. As their motto is "Safety and Peace of Mind", they have requested a totally additive-free ramen. Its head office therefore created a soup using completely additive-free soy sauce, miso, and mirin (a type of sake with low alcohol and a high sugar content), as well as an additive-free noodle that doesn't use lye water. This was achieved despite it being a near impossible task to produce a tasty and firm-textured noodle without the use of lye water. The head office also developed a mutton ramen for the prospective franchisee in Mongolia, where people eat mutton as their staple. When the head office held a "mutton ramen tasting event" in Mongolia, there were participants who expressed their desire to become new affiliates themselves remarking, "This is good! I'd also like to become a franchisee!" 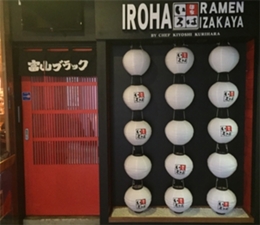 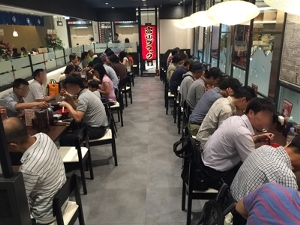 The interior of a restaurant bustling with locals

Kurihara-san explained that, "The head office is responsible for product development and branch operational guidance, while franchisees are responsible for operating their restaurants. All parties produced excellent results by committing themselves to fulfilling their respective roles, and so there are no plans to change this policy." RAMEN IROHA continues to seek potential franchisees worldwide who are willing to operate in line with this policy. 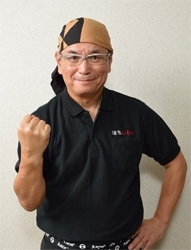 Kiyoshi Kurihara,
The Chairman and President
of TENTAKAKU Co., Ltd. 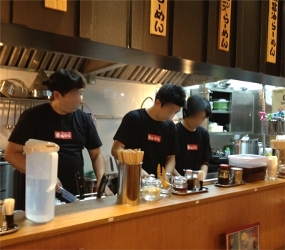