LIGHTING FAIR 2009, The 9th International Lighting Fair 2009 Tokyo, was held from March 3 to 6, 2009. The organizers of the exhibition were the Japan Luminaries Association and Nikkei Inc. The exhibition was almost dominated by white LED, a main light source of the 21st century. Japan is leading the world in energy-saving lighting. With a wide spectrum of products and systems using LED, LIGHTING FAIR 2009 seemed to mark the beginning of the growing market of LED as an energy-saving light source for the future.

Exhibition of the Largest Scale Ever / Main Trends

LIGHTING FAIR 2009 was held at East Halls 2 and 3 of "TOKYO BIG SIGHT," the Tokyo International Exhibition Center. LIGHTING FAIR is an exhibition held once every two years. The most important characteristic of the 2009 show was the dominance of LED lighting in the exhibition. In fact, the author was quite astonished to see that approximately 90% of the exhibits were products using LED. Main visitors to the show were people from Japan and other parts of the world who were working in the lighting industry and other related fields. They also included people coming to TOKYO BIG SIGHT for other exhibitions held at the same time and venue such as JAPAN SHOP (Japan's largest and most comprehensive show on store development) and ARCHITECTURE + CONSTRUCTION MATERIALS 2009. It was very probable that they felt the advent of the age of LED lighting in this exhibition. The main trends of LED lighting were best showcased in the booths of PANASONIC ELECTRIC WORKS / PANASONIC LIGHTING COMPANY (hereinafter called PANASONIC) and TOSHIBA LIGHTING ＆ TECHNOLOGY (hereinafter called TOSHIBA). These two booths had particularly large spaces.

The presentation of PANASONIC, whose booth had the largest exhibit space at the venue, featured various practical applications of LED focusing on energy saving and environment friendliness. Characterized by the effective use of soft diffusion light and transmitted light, the company's presentations were designed to emphasize how tranquil and comfortable LED lighting could be in real, specific situations. In this sense, they were highly appealing to architects and lighting designers. 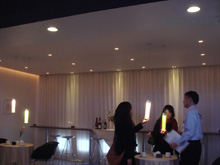 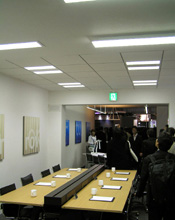 Photo 5, 6, 7 and 8 : Practical applications of LED
lighting for stores, cafes, residential and office spaces were showcased
in the spacious booth of the PANASONIC Group.

TOSHIBA's booth with a dynamic design was always crowded throughout the exhibition. The majority of the company's exhibits are LED products and systems. TOSHIBA was one of the first Japanese companies to develop and market LED down lights and LED light lamps. Visitors were keen to see the latest products of this forward-looking pioneer. The author was particularly interested in its new LED down light and LED lamp unit because they seemed to have a great potential of becoming highly popular products in the market. In a sense, TOSHIBA's booth was an embodiment of the company's commitment to these two products, the 100W down light unit called E-Core 100 and the self-powered compact LED lamp unit (with GX53 socket). While the former is an easy-to-use LED down light unit suitable for Japanese homes, the latter has a socket which has become popular in the United States and Europe for ultra thin compact fluorescent lamps. We should keep watching how they are accepted by the market.

Photos 9 and 10 : TOSHIBA's booth seen from outside and inside. 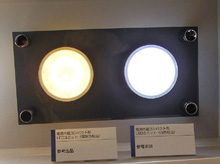 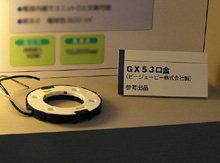 The 2009 show was the largest show in the history of LIGHTING FAIR with the participation of 134 exhibitors occupying 518 booths. Among a wide spectrum exhibits showcased, LED down lights and compact LED lamps formed a fairly large part of the exhibition. Down lights have been used widely in many different places, such as high-ceilinged stores, offices and homes. Japanese architectural structures tend to be small and low-ceilinged compared to those in the West due to its high population density and high land prices. Therefore, space-saving down lights have been well received in the Japanese market since they can be embedded in the ceiling. It is also notable that you can ensure an appropriate level of illumination and functionality at relatively low costs with down lights. The recently growing interest in energy saving has encouraged people to adopt not only power saving products but also lighting fixtures with little radiation. In this sense, LED products have attracted considerable attention.

The LED down light units exhibited by TOSHIBA at LIGHTING FAIR 2009 included different variations of its 100W/600W E-CORE series. PANASONIC LED down light units for stores and offices impressed visitors with its brightness (as bright as 100W or 150W incandescent lamps). The Revised Act on the Rational Use of Energy to be enforced from 2010 will require all business entities to further their efforts for saving energy. In short, even restaurants and small retail stores will have to choose energy-saving lighting fixtures. In order to meet such new demands, Panasonic plans to expand its range of LED slit down lights and LED universal down lights.

ODELIC's new line of LED down light units were very impressive with the beautiful designs of their heat sinks. In fact, they were too beautiful to be hidden under the roof. They reminded the author of a series of compact fluorescent lamps exhibited at the 1997 HANNOVER MESSE in Germany. These beautifully designed lighting units built of heat-resistant white plastic were designed to be hung from metal frames. Since these lighting units are completely separated from any exterior or interior elements of the building, they can be laid out as you like. More and more people would choose such lighting units if the skeleton-and-infill method become more popular. Lightweight and compact LED lighting units are suitable for the skeleton-and-infill system. 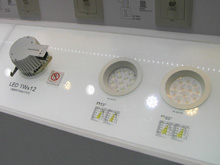 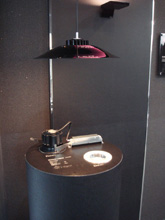 Photo 16 and 17 : ODELIC's down lights and a LED
pendant light with a beautifully designed heat sink 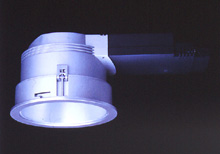 Photo 18 and 19 : Down lights for the skeleton-and-infill method showcased at the
1997 HANNOVER MESSE

New down light units exhibited at LIGHTING FAIR 2009 can be roughly classified into two groups, those focusing on color rendition (more than Ra90) and those focusing on brightness (approximately 70 l/w). Each exhibitor presented down lights with different light distribution angles (of 90 degrees, 60 degrees, 30 degrees and so on). The increased number of products with high color rendition (of more than Ra90) suggests that there is a strong demand for warm LED light. (KOIZUMI LIGHTING TECHNOLOGY exhibited some products of Ra98).

There had been almost no dimmable LED down lights in the past exhibitions. At LIGHTING FAIR 2009, some exhibitors including PANASONIC and DAIKO ELECTRIC exhibited dimmable, easy-to-control LED down lights. Among them were user-friendly, self-powered down light units. There were also a number of LED-related peripherals such as dimmable power source units (MORIYAMA) and switch circuits (ROHM). Now that LED lighting has become quite popular, we can choose the most appropriate LED down light system for our needs from many choices.

A set of self-powered LED down lights called AGLED were exhibited at JAPAN SHOP. They were ultra-thin (12 mm) LED down lights to be embedded in the ceiling using JIS-compliant 12.5-mm plaster boards. The benefits of LED light sources, their ultra-thinness and self-powered feature, were pursued with these products. 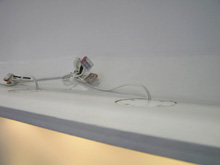 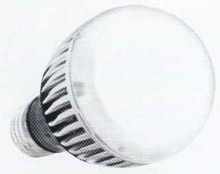 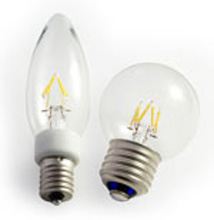 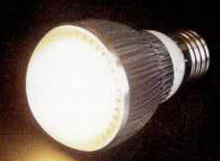 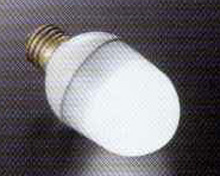 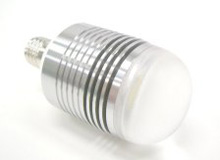 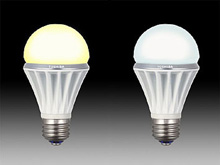 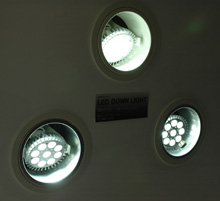 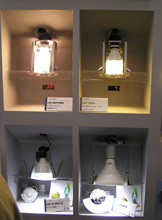 If you are interested in participating in the next show, please contact the following for further information:
LIGHTING FAIR/LED Next Stage Overseas Contact Office
Tel. +81-3-3512-5670/Fax. +81-3-3512-5680
E-mail:tradefairs@smj.co.jp